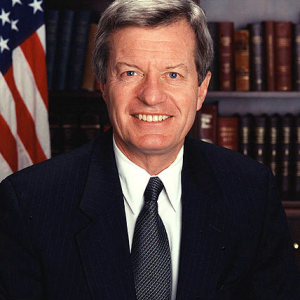 Max Baucus, the US Senator who first described the PPACA as an approaching #Trainwreck, is right again.

The New York Times has published a story today where they quote the Senator. Sen. Baucus said:

It is my belief that for major legislation to be durable, sustainable, it has to be bipartisan,….I mean, one party can’t jam legislation down the other party’s throat. It leaves a bitter taste.

This was a mistake made by the Republicans in the Minnesota legislature in 2010, where despite having no support from their opposition, pushed through provisions and proposals that were ultimately undone by voters unhappy with what was done.

This is also a huge mistake being made by the US Senate, where they are also doggedly pushing their agenda, despite clear and solid opposition from their opponents. Bipartisanship requires respect and compromise, but the Senate leadership has shown none of either, condemning their opposition in the strongest terms, and pursuing a scorched earth policy to gain political advantage.

Lawmaking is not about having your way. It is not about one faction getting a bare majority so they can steamroll others, while calling them names. Lawmaking is serious business, and requires consensus broad enough to be sustained over time. Bare majorities making sweeping changes that are soon overturned do serious damage to the Rule of Law, and the Consent of the Governed.

Government by slim majority is not the carefully crafted government that our founders gave us. It is the “democracy” of raw power. It is two wolves and a sheep voting on what’s for dinner. It is a recipe for distrust and conflict. Nothing good can come of it, no matter whose agenda “wins”.

I am not a big fan of Max Baucus, but in this case, he is exactly right.