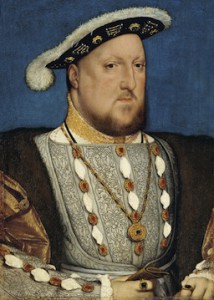 The subject of the Rule of Law comes up often.  It is important that we understand the concept. It is not simply the idea of an orderly society. It is more crisply described with the quote from John Adams: “A government of laws, and not of men”.

To illustrate this important point, I often find myself quoting a dialog from Sir Thomas More, in A Man for All Seasons. This is the complete quote, so people can see it without my butchering it from memory. It’s a great snippet of dialog from a historical context. Sir Thomas More is being asked to move against King Henry VIII, and refuses. He upholds the law, rather than the desired outcomes. He puts right above might, and says that the ends do not justify the means.

We do well to heed Sir Thomas More’s advice:

More: Why, what has he done?

More: There is no law against that.

Will Roper: There is! God’s law!

More: Then God can arrest him.

Alice: While you talk, he’s gone!

More: And go he should, if he was the Devil himself, until he broke the law!

Roper: So now you’d give the Devil benefit of law!

More: Yes. What would you do? Cut a great road through the law to get after the Devil?

Roper: I’d cut down every law in England to do that!

More: Oh? And when the last law was down, and the Devil turned ’round on you, where would you hide, Roper, the laws all being flat? This country’s planted thick with laws from coast to coast– man’s laws, not God’s– and if you cut them down—and you’re just the man to do it—do you really think you could stand upright in the winds that would blow then? Yes, I’d give the Devil benefit of law, for my own safety’s sake.