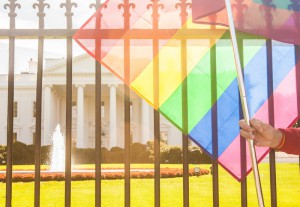 There is some excellent commentary in the Wisconsin Law Journal about whether the state should remove the amendment adopted in 2006 from the Wisconsin constitution.

The contrast between pro and con positions in this article is striking. On the “con” side we have clear logic and arguments based on undeniable biological reality. On the “pro” side, we have appeals to feelings, fears of economic consequences and falsehoods about whether “fellow citizens” of “same-sex couples” will not “value them”.

I believe that over time, same-sex “marriage” is likely to go the way of abortion. SSM is based on the idea that sex does not matter, but every child requires two parents, one male, one female. This is a biological fact, not a political opinion. We can deny one or both of these parents, and we often do. Technology can be used to perform conception in a test tube, but the biological fact remains. There is always one mother and one father for every child. Always.

The nuclear family takes advantage of maternal instincts and paternal pride to bind that mother and father to the child they created so the child is raised as their solemn and lifelong responsibility. As any parent knows, raising a family is hard. It’s work. It’s sacrifice. Cultural support is vital to nurture that effort.

SSM is new. It is an experiment. It flies in the face of biological reality, and insists that law and current fashion can trump reality. It insists that mothers and fathers are 100% interchangeable, and those who say otherwise are “bigots”. It insists that cultural support for the expectations of parenthood is not only unnecessary, but harmful. 3000 years of history, culture, and yes, wisdom can be discarded and declared wicked.

The SSM experiment will have consequences. If the experiment goes badly, we will be faced with a stark choice: admit a mistake and correct it, or further contort language, logic and culture to maintain the fiction that sex does not matter. I believe that this issue will unfold a little like abortion. The SCOTUS imposed abortion on demand on the states through similar 14th amendment invention. Over time, voters have figured out how ugly, brutal, and unsupportable abortion is, and opposition is growing. The reality there is that you cannot twist logic to allow killing your own children without fostering a culture that places no value on human life. Note well the current scandal involving Planned Parenthood. (here and here)

The idea of a family – one man, one woman, and begotten children – is based on biology, not law. Raising a family is hard work, and cultural support is important. Proponents of SSM insist that biology, culture, and the wisdom of the past can be ignored. People should have a “choice” of what “kind of family” they form.

I don’t know what that damage will be but over time we will learn, at great cost, as we are forced back to earth. The errors will become obvious and inescapable, and even ardent supporters will be forced to admit the connection between SSM and its consequences.