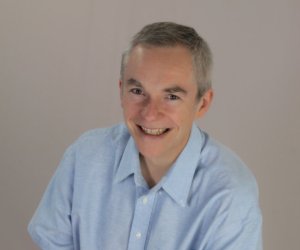 Tonight, Minnesotans have an opportunity to exercise self-government, and determine who will be their legislators and their president. I urge all Minnesotans to seize this opportunity, and make wise choices.

The fashion today seems to favor “outsiders”. This has emotional appeal, and I can feel the pull of “throw the bums out”, as I talk to people, and consider the issues. The “establishment” has certainly made a mess of things, and deserves criticism.

We need our elected officials to think beyond the next election, and ensure that the next generation can also enjoy the freedom and the ability to govern themselves that we enjoy.  We need people who will persuade, and lead, not people who simply berate and condemn. We need people who respect their opponents because at the end of the day, we have no choice but to go forward together.

That means supporting and strengthening our political process. Winston Churchill famously said – “Democracy is the worst form of government, except for all those other(s)…” He was right. With all its flaws, our political system has stood the test of time. It has preserved our freedom and fostered prosperity. We stand today where we are because our founders made wise choices over 200 years ago. Before anyone preaches revolution, he has a duty to show that the result will be better, not worse, over the long term.

Candidates who offer easy answers should be viewed with suspicion. On the Democrat side, this is their stock in trade. “Government will do it” is their theme. We have seen that movie, and know how it ends.

Unfortunately, the Republican side also has someone offering easy answers. He is appealing on the surface, but offers no substance. He has no record of public service, and has not offered detailed plans to match his promises. He has no clear political ideology.

I hear that he might become the GOP presidential nominee. If he is, I will not vote for him.

The election of Clinton or Sanders as president would be a serious problem, but we have faced problems before, and will face problems again. With the Republican majority held in the senate and house, another Democrat president would be unfortunate, but not fatal. More damaging would be to elect a “Republican” who would make hash of Republican ideas, ideals, and policy. I fear the damage to the conservative brand, and conservative ideology more than I fear another temporary Democrat regime.

Republicans are the party of the future. We are struggling to give voice to what’s good in our nation, and what the proper course forward should be. We are resisting the pressure to use government to solve all problems. We believe, as Ronald Reagan did, that in many cases, government is the problem, not the solution.

Please attend caucus tonight, and choose well. The future is in your hands.