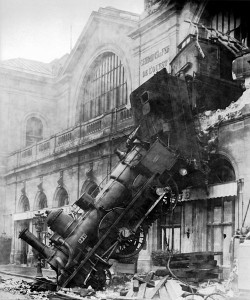 For those who missed it, Charles Krauthammer has an op-ed posted about the PPACA (AKA – Obamacare) He points to two provisions in the law that will provide a taxpayer bailout of insurance companies when (not if) their costs are too high and revenues too low. With the enrollments way behind, and various mandates and politically unpleasant provisions waived or delayed, this is all but inevitable.

I listened in to a conference call the other night that included Rep. Keith Ellison. The call was full of accolades for all the benefits of the PPACA – insurance for kids up to 26, no more “pre-existing conditions”, etc. No mention was made of the costs of the legislation, including the six million who have had their insurance cancelled because of the higher costs. Since only 2 million have “enrolled”, that’s a net loss of 4 million. To its advocates, the PPACA is all about the benefits, costs are someone else’s problem. (many links here)

Rep Ellison made it crystal clear that his goal is “single payer“, and that the current PPACA is a step along that road. Rep Ellison compared the PPACA with the civil rights law of 1964, which didn’t have everything its proponents wanted when first passed. He dismissed the current problems of the PPACA as the result of having an incomplete solution. The complete solution is single payer.

This is not something you hear from the Obama administration. It has been years since Obama said out loud that “single payer” is his goal, but he has been less candid in recent years. Is “single payer” still his long term goal? How many other cheerleaders for the PPACA are less than candid about their agendas? How many are lying low, waiting for the PPACA to fail so they can push for what they really want? Bail-outs would be potent tools to seize control of the much-maligned insurance industry.

The Obama administration has not highlighted the existence of these insurance industry bailout provisions in the PPACA, nor has the administration been forthcoming about the effects of the delays and waivers they have granted. Meanwhile they have worked hard to bury the costs.

Is the #TrainWreck that is the PPACA a massive series of screw-ups, or is it an incredibly clever bait-and-switch? Is it incompetence, or deliberate deception? It is time to ask some hard questions of our politicians.