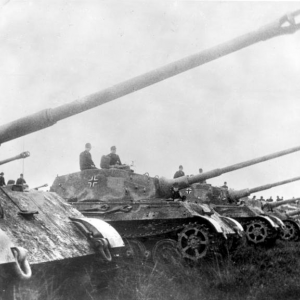 It is very unfortunate that so much of what we know is simply not true. One of the persistent and popular myths of economics is the “success” of the Nazis in bringing Germany out of the depression and becoming an economic and military powerhouse via Nazi policies. This is one source of the idealized myth of the “benevolent dictator”.

While it is true (and obvious) that Nazi Germany was a military powerhouse, its economic “success” is more myth than reality.

This article outlines some of the reasons that this is not so. It comports with the information that has been available for many years in books such as William Shirer’s The Rise and Fall of the Third Reich.

Shirer goes into detail about the privations met by the people, the destruction of whole industries, as well as the corruption of education and the churches that were made necessary by the Nazis to support their propaganda, and thereby support their policies. Life in Nazi Germany was not abundant. It was full of shortages and privations, but the propagandists of the time worked overtime to cover it up.

The key point is that in every society, in every age, free markets and free trade make the best use of scarce resources and provide the best economic advancement for the most people. The success stories have all been the freest societies. Hong Kong, the US, New Zeland, postwar Japan. Every modern attempt to centrally plan and control economies – from Cambodia in the 1970s, the Germany in the 1930s, to China in the 1950s has resulted in brutality, corruption, and economic failure.

F. A. Hayek explains in his Road to Serfdom that this is no accident. It is the inevitable result of any policy that denies the connection between effort and gain. If you have confidence that you will keep what you earn, you will work hard, and produce wealth. If your gain is likely to be taken from you – either as taxes, or as direct “redistribution”, that effort and the wealth that it produces evaporates. As the Soviets and the Chinese discovered, the only way to restore anything resembling prosperity was to restore the people’s confidence in the fundamental right to private property.

As Adam Smith wrote, the result of millions of people pursuing their own private gain produces wealth, as though an “invisible hand” were at work. This is not ideology, but fact, demonstrated in every place on earth where people produce and trade. Freedom and private property are the keys to wealth.

As long as we believe that economic progress can be compelled by force rather than the natural result of millions of people working hard to improve their condition, we will be suckers for the current fashion of force – whether it is called central planning, wealth redistribution, or making the wealthy “pay their fair share”.

We need not share in those failures. We should start by un-learning the false history of Nazi Germany, which was in fact an economic failure by the beginning of World War II, even before the military disaster at the end.