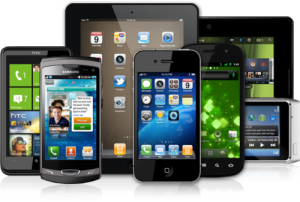 We hear a lot in politics about “inequality”. It is normally painted as a problem to be solved. What we forget is that it isn’t a problem. It’s the goal. It’s the point!

If every difference between people in economic outcomes is a problem, then the right thing to do is be entirely fair by collecting all the goods, all the money, and distributing the same thing to every citizen. Because there is such a wide variety of talents, capabilities and ambitions, no other method would work. Effort – or lack of effort – would have to be ignored to ensure that everyone got the same outcome.

I know of no one who wants this. It could only be done through force, and it would have to be brutal force.

We have seen how this works in practice. The ambitious and the talented feel robbed and oppressed. They risk their lives to escape such a “system”. Think of the boat people fleeing Cuba and Vietnam. The lazy, the corrupt, and those who benefit from such an environment become cheerleaders for brutality and oppression.

This is not speculation.  This is history. Recent history. 20th century examples are many, and very ugly.

The alternative is what our American revolution is all about – a society that is based on liberty – on voluntary association, not force, on the right of individuals to “pursue happiness”, not the right of rulers to maintain the status of those in power. In America, individuals can rise or fall according to our abilities and efforts. There is no ceiling to what we can achieve. (and no floor to our failures.) The People are sovereign, and we grant government only that power that we believe government has to have to protect our liberty and property. We get to keep, and enjoy, what we earn. Our entire economy is based on free exchange. No transaction takes place unless both parties think it’s a good idea.

That free economy isn’t part of the air. It must be understood, explained, and defended. There are always those who have a “better idea” even though their ideas may well destroy what we have in favor of something far worse. Socialism is like that. It sounds good, but it’s been tried, and it is generally a disaster. Beware of people like Bernie Sanders, and his imitators.

This essay below is a great one on this subject. Paul Graham works in the high-tech world, and is mentor to people in the cradle of high-tech revolution. These are the people who bring us iPhones, and Facebook and email. These are not problems, but treasures. This is inequality. Let’s celebrate it, nourish and promote it, not condemn it.